Highly-resistant bacteria or superbugs is a stably growing problem for which a solution is still to be found. A combination treatment using bacteriophages with antibiotics against superbugs holds promise in facing this issue. Research has shown a fault in bacteria’s defenses, one which does not allow it to defend itself against both antibiotics and bacteriophages at the same time; which creates a window for treatment against resistant bacteria.

Bacteria’s defenses against bacteriophages and antibiotics

The war between bacteria and bacteriophages has resulted in both organisms developing and adopt a unique set of mechanisms to help both species in their battle against each other. The main forms of defenses against phages are: preventing phage adsorption, preventing phage DNA entry, restriction-modification systems, CRISPR-Cas system, and abortive infection system. Specifically, the CRISPR-Cas system allows the bacteria to make alterations and develop a resistance towards their specific bacteriophage predator, resulting in the phage no longer seeing that bacteria as their target. However, such an alternation comes at the price, one which leads to the loss of the biofilm the bacterium coated around itself.

The biofilm is a commonly used defensive coat that bacteria have developed in order to protect themselves. The defenses range from; nutrients scarcity, osmolarity, altered pH, mechanical and shear forces. It also protects a bacterium from being targeted by antibiotics, blocking their access to the bacterium.

Phages with antibiotics against resistant superbugs

In some cases, certain strains of bacteria that are resistant to antibiotics, have been treated using solely phage therapy. A study led by Professor Jonathan R. Iredell, from the Westmead Institute for Medical Research (WIMR) and the University of Sydney, consisted of 13 patients suffering from severe Staphylococcus aureus infections in an Australian hospital. The patients were given intravenous phage treatment consisting of three Myoviridae bacteriophages (AB-SA01). Treatment was given twice a day for 14 days. The patients were monitored for 90 days and inspected for any side effects such as; redness in the infusion site, pain, and any systemic adverse reactions. No adverse reactions were reported, indicating the safety of administrating a good manufacturing practice-quality intravenous phage treatment. No phage resistance had resulted in vivo. The measurements of bacterial and bacteriophage kinetics in the blood of the patients, suggests that 12-hour dosing of 109 plaque-forming units may be a rational basis for further studies.

In severe cases of highly-resistant strains of bacteria, in which even phage therapy may not show relief, the use of combination treatment may be necessary. A combination of treatment utilizing both bacteriophages and antibiotics is a treatment that has been looked at for some time. A study led by Dr. Fernando Gordillo Altamirano, from the Monash University School of Biological Sciences, investigated bacteriophages that could fight off the world’s leading superbug. Acinetobacter baumannii is a highly-resistant bacteria that is responsible for up to 20% of infections found in intensive care units. Dr. Jeremy Barr, the senior author of the study and group leader at the School of Biological Sciences and part of the Centre to Impact AMR, said that although they had a panel of bacteriophages that are able to kill A. baumannii, the bacteria is also smart and adapts to phages, resulting in it becoming resistant to those phages.

The biology of bacteria does not allow it to hold defense against both their natural predators; bacteriophages and to maintain a biofilm against antibiotics. This can give future opportunities to target resistant bacteria in the window between when bacteria try to build a defense against their natural predators, whilst losing their defenses against antibiotics.

Antibiotics versus biofilm: an emerging battleground in microbial communities

Browse the Phage Database to find out more about those who are involved with phages in a range of industries around the world.
3
FacebookTwitterPinterestLinkedinTumblrRedditStumbleuponWhatsappTelegramLINEEmail 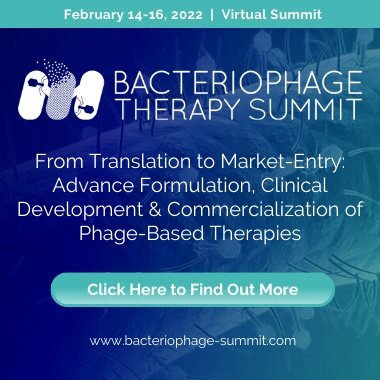 As media partners, we would like to offer you a 10% discount to attend the Bacteriophage Therapy Summit.