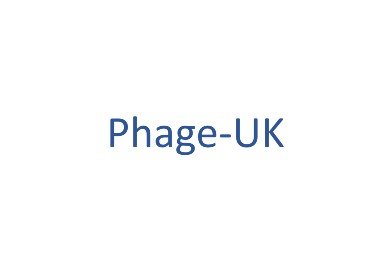 Phage-UK is a non-profit organisation aiming to enable wider access to phage therapy for patients in the UK.

The networks’ goals are;

In essence, Phage-UK is working to ensure that UK-based patients who desperately need an alternative to antibiotics to treat their life-threatening infections, no longer need to go abroad for phage therapy, and in the near future, that those who could avoid getting to this desperate point, also have this alternative option.