ACD Pharma is constructing the first world’s large-scale phage production plant. The Norwegian research and development company has taken on the global fight against multi-drug resistance by creating monumental strides with such a construction for the production of bacteriophages.

The regulatory approval for the pharmaceutical production of this plant is currently being built. The large-scale phage production plant will be located in the Northern Norwegian Lofoten archipelago, situated above the arctic circle. ACD Pharma has seen this production plant to be the next logical step for their company. In the past 12 years, the company has made significant headway in the utilization of bacteriophages against resistant and problematic bacteria.

The plant is expected to be up and running in 2023. This will be key to the long-term strategy of ACD Pharma. “Both in terms of scaling production and increasing the speed of our R&D efforts, our new facility will be of great importance”, commented COO Simon Brink.

Bacteriophages are nature’s bacterial population control mechanism. Phages are highly specific in their bacterial targets, however, each lytic bacteriophage has one goal: to ensure that their target bacterium does not become dominant in a given environment. Bacteria will naturally multiple if they are given the opportunity and right circumstances, however, overpopulation causes a disbalance within the given environment. Such an increased population increases the chances of the bacteria colliding and facing a bacteriophage that specifically targets that bacterium. The lytic process is swift and a bacterial outbreak can be wiped out within hours.

ACD Pharma has identified and with success, has used phages to address a multi-drug resistant bacterium, Klebsiella pneumonia in vitro. This effort has been part of ongoing research, the KlebGap project. For this project, ACD Pharma has partnered with leading medical and scientific institutions in Norway and overseas, to examine new strategies to handle the increasing resistant Klebsiella pneumonia which causes pneumonia and sepsis.

Last year, Prime Minister of Norway, Erna Solberg, received a multi-disciplinary report with the possibilities related to fighting multi-drug resistant bacteria and bacteriophages. This report urged to make an effort to make the field a national priority both in terms of further research and for the building of this new industry. The report itself was a collaboration between ACD Pharma and UiT The Arctic University of Norway, The University Hospital of North Norway, The Norwegian Veterinary Institute, The Association of the Pharmaceutical Industry in Norway, and The Norwegian Cancer Society.

“The possibilities are many, not least in farming and aquaculture, which is where our work started. The massive use of antibiotics in industrial food production is one of the drivers of MDR, and bacteriophages can absolutely help reduce the need for antibiotic treatments”, said Brink.

“Bacteriophages can be extremely efficient weapons against harmful bacteria, of that there is no question. However, there is still a long way to go before such medicines are readily available, not least because there is still no international regulatory framework to approve phage-based medicines. There are positive developments on regulation, though, and we are working together with the Norwegian Medicines Agency to do our part in stressing the issue”, said Brink.

Back in 2018, ACD Pharma launched the world’s first bacteriophage product for aquaculture. CUSTUSYRS is not a veterinary pharmaceutical product for treatment, but rather, a biocontrol product that is used in order to prevent specific bacteria from reaching high density in the aquaculture farm water. This in return, prevents the onset of disease and subsequent antibiotic treatments.

Since Norway is the world’s largest producer of farmed salmon, the ACD Pharma bacteriophage project initially aimed to use phages in fish health. The efficacy of their product and the technological platform that was developed together with it had spurred the company on to construct this new large-scale phage production plant. Today, ACD Pharma’s focus spans on human health and agriculture, whilst maintaining the pursuit of commercial opportunities in aquaculture.

“Efficient vaccines have more or less eradicated the use of antibiotics in Norwegian fish farming, but we know from our own history, and from aquaculture in other countries, that new diseases may occur and that bacteria may change over time. At that point, our only defense is antibiotics until a new vaccine is approved, which is a process that takes years. In the meantime, we cannot revert to using antibiotics in the scale that we did in the eighties and early nineties”, said Brink.

The CUSTUSYRS products target the bacterium Yersinia ruckeri that causes yersiniosis in salmon. Several similar products are currently in the short-term pipeline. One of which is to target Moritella viscosa, a rod-shaped psychrotrophic bacterium that has evolved over time and has become practically immune to existing vaccines, causing an increase in outbreaks on Norwegian fish farms. This product is expected to be launched by ACD Pharma later this year.

ACD Pharma is part of the Nordly group, along with other companies delivering a range of products and services to the aquaculture industry in Norway and abroad. ACD Pharma is venturing into human health which will require both resources and know-how. “After 30 years in the game, aquaculture is the industry that we know. We are under no illusions about the task at hand, so for the first time we are entertaining the thought of partnering ACD Pharma with a company firmly planted in the world of human health”, said CEO Jim Roger Nordly.

The outlook of using Bacteriophages as a Tuberculosis... 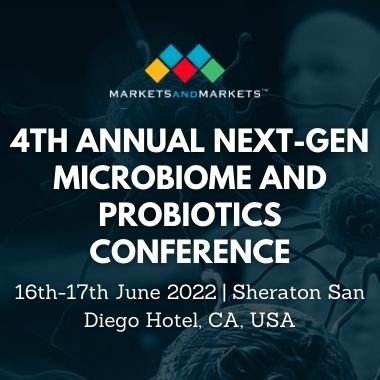 Cytophage to begin animal testing on...